Janja Prokić was born in Belgrade, Serbia. She has been living in Prague since the age of nine. She had attended the Academy of Fine Arts, the studio lead by the painter Vladimír Skrepl. Then she studied at the Academy of Arts, Architecture and Design, in the studio of the sculptor Kurt Gebauer. She graduated in the Concept, Object, Meaning studio of Eva Eisler. She has been focusing on jewellery since 2011, when she was nominated for the Czech Grand Design Award for the first time with her collection LURE. A number of nominations followed. They climaxed three years later by Janja Prokić receiving the title ‘Jewellery Designer of 2014’ with her collection Hidden Place.

For Janja, jewellery is never a matter of the visual only. There must be a deeper meaning. All collections somehow draw on her private life. She calls them her diaries. She finds inspiration for her work in studying shamanism, symbolism and white magic, but also in her childhood, dreams and fairy tales. Nevertheless, nature is her greatest muse. Every collection is unique and devoted to different motives. The designer also creates bespoke jewellery. She has displayed her works in exhibitions around the world, from Prague to Florence or New York. She opened her own studio in 2017 in Uhelný Trh, Prague 1. 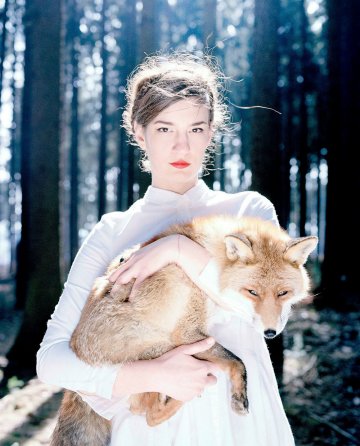